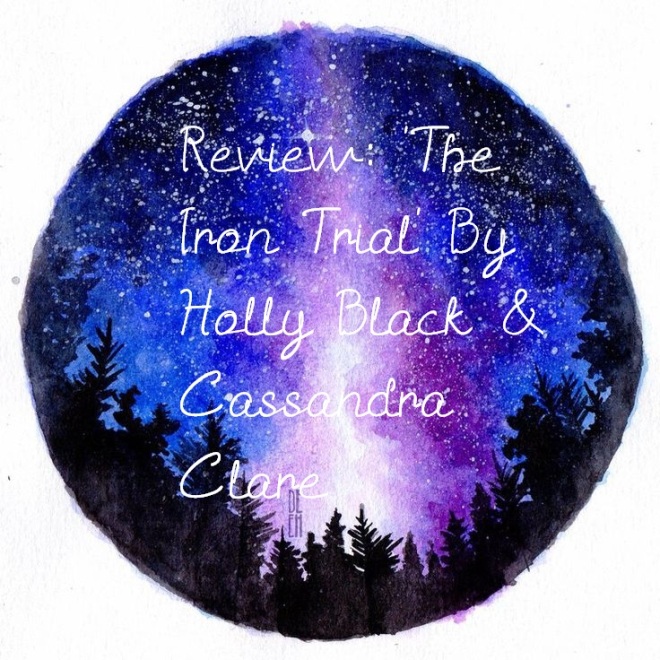 Review: ‘The Iron Trial’ By Holly Black and Cassandra Clare

By Cassandra Clare and Holly Black

All his life, Call has been warned by his father to stay away from magic. To succeed at the Iron Trial and be admitted into the vaunted Magisterium school would bring bad things. But he fails at failing. Only hard work, loyal friends, danger, and a puppy await.

I picked up ‘The Iron Trial’ By Cassandra Clare and Holly Black after seeing it around BookTube. I knew of both the authors and had read ‘The Wicked King’ and ‘The Cruel Prince’ By Holly Black and every person who has ever walked into a bookstore knows who Cassandra Clare is. Why not pick up a collaboration work between the two authors?

The Iron Trial follows Call as he attempts to flunk the entrance tests that will get him a spot at the Magesterium – a school for magic – his father only tells him that the school is a bad place and that it isn’t somewhere he wants to go. After ending up at the Magesterium anyway Call learn more than what his father told him and this world of magic holds both good and bad things for Call’s future.

I found Call a character that could be easily influenced. His thoughts tended to follow after only what he’d been told and he was very slow to question those things. He was also someone that wasn’t really likeable to begin with. I mean I was rooting for him to make friends and learn how to accept himself but his responses to others often bordered on the negative. There was definitely development and growth throughout the story which was fluid and really mirrored Call’s confident growing throughout the story.

My thoughts on Call were most definitely influenced by my feeling that the plot was slow. At different points throughout the story I was struggling to stay engaged. The beginning of the book really captured my attention and when I was near the end of the book I wanted to know what was going to happen.

Overall I want to continue with this series. It is one that has now captured my attention and I want to see where the authors take Call and his friends next.