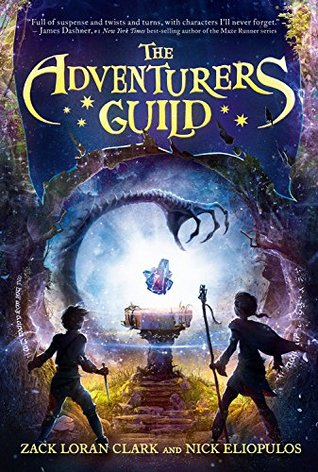 Synopsis
In one of the last cities standing after the world fell to monsters, best friends Zed Kagari and Brock Dunderfel have high hopes for the future. Zed desperately wishes to join the ranks of the Mages Guild, where his status as Freestone’s only half elf might finally be an asset. Brock, the roguishly handsome son of merchants, is confident he’ll be welcomed into the ranks of the Merchants Guild.

But just as it seems the boys’ dreams have come true, their lives take a startling turn . . . and they find themselves members of the perilous Adventurers Guild.

Led by the fearsome Alabasel Frond, the guild acts as the last line of defence against the Dangers-hungry, unnatural beasts from otherworldly planes. And when the boys uncover a conspiracy that threatens all of Freestone, Zed, Brock, and their new allies-Liza, a fierce noble, and Jett, a brave dwarf-must prove their worth once and for all.

This start of a thrilling new series is sure to be a hit with readers who like their fantasies clever and action-packed, with tons of humour and heart.

Overall I thoroughly enjoyed the story.  The world that Zack & Nick created was filled with so much detail, it was so easy to imagine. It had a great combination of a dystopian world and Magic.
Throughout the story the characters are all developing and growing, even the more side characters have a great story of development and personal growth.

I loved the element of magic throughout the story and the character Zed who is half elf.

The whole stry was interesting and unique, I am unsure as to if there will be a second book, but the end allows for a second book to follow.